Unusual for me, but I made a pair of trousers.  I am not a trouser wearer outside of work but I had a notion of these from the moment I saw the Deer and Doe Chataigne pattern. 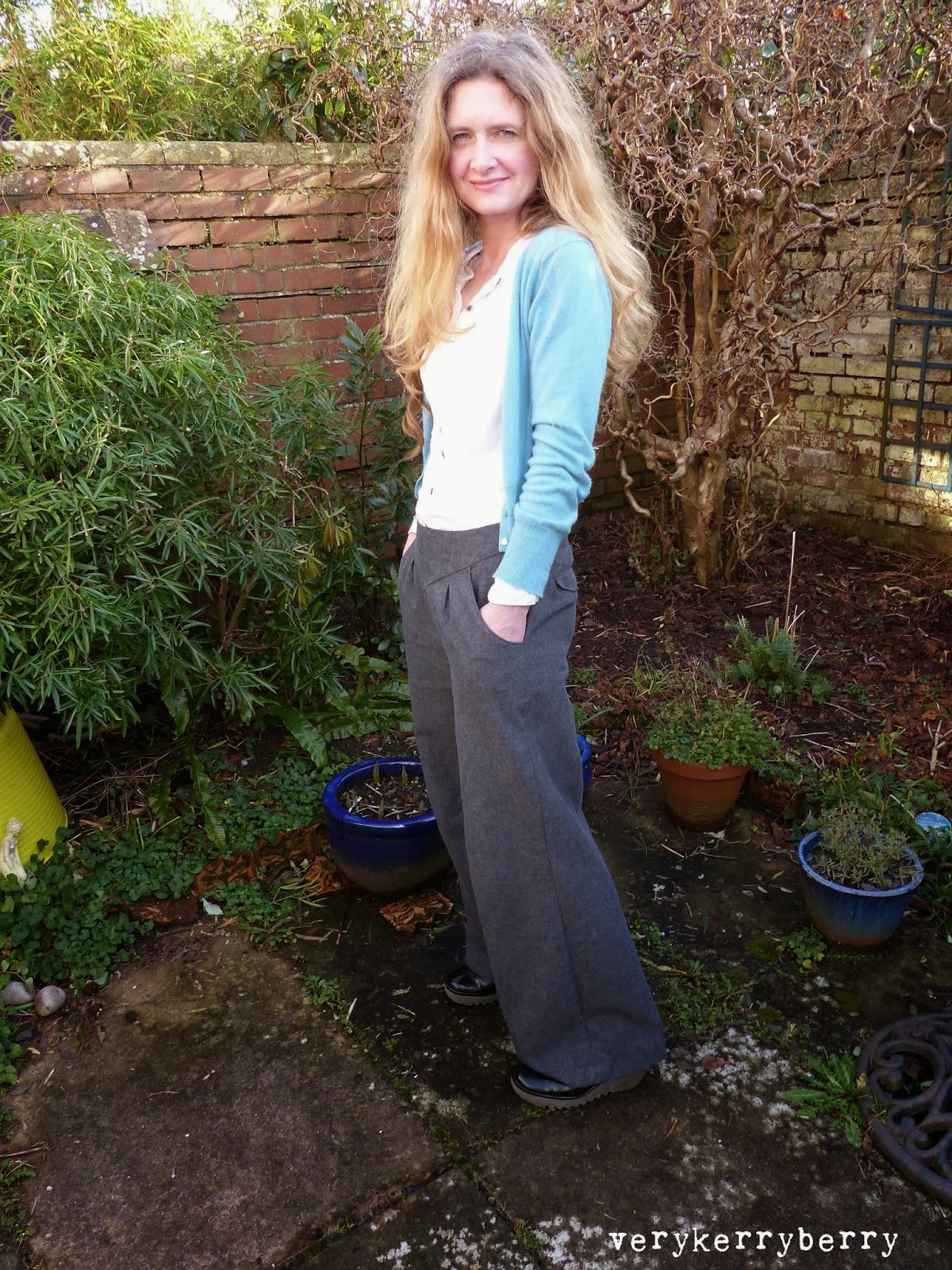 I spent a lot of time humming and hahhing over whether to make these at all.  They took up almost 3 metres of cotton flannel fabric and I didn't want to waste that on something I would rarely wear.  However last week, I wore these three times so I think their future is safe. 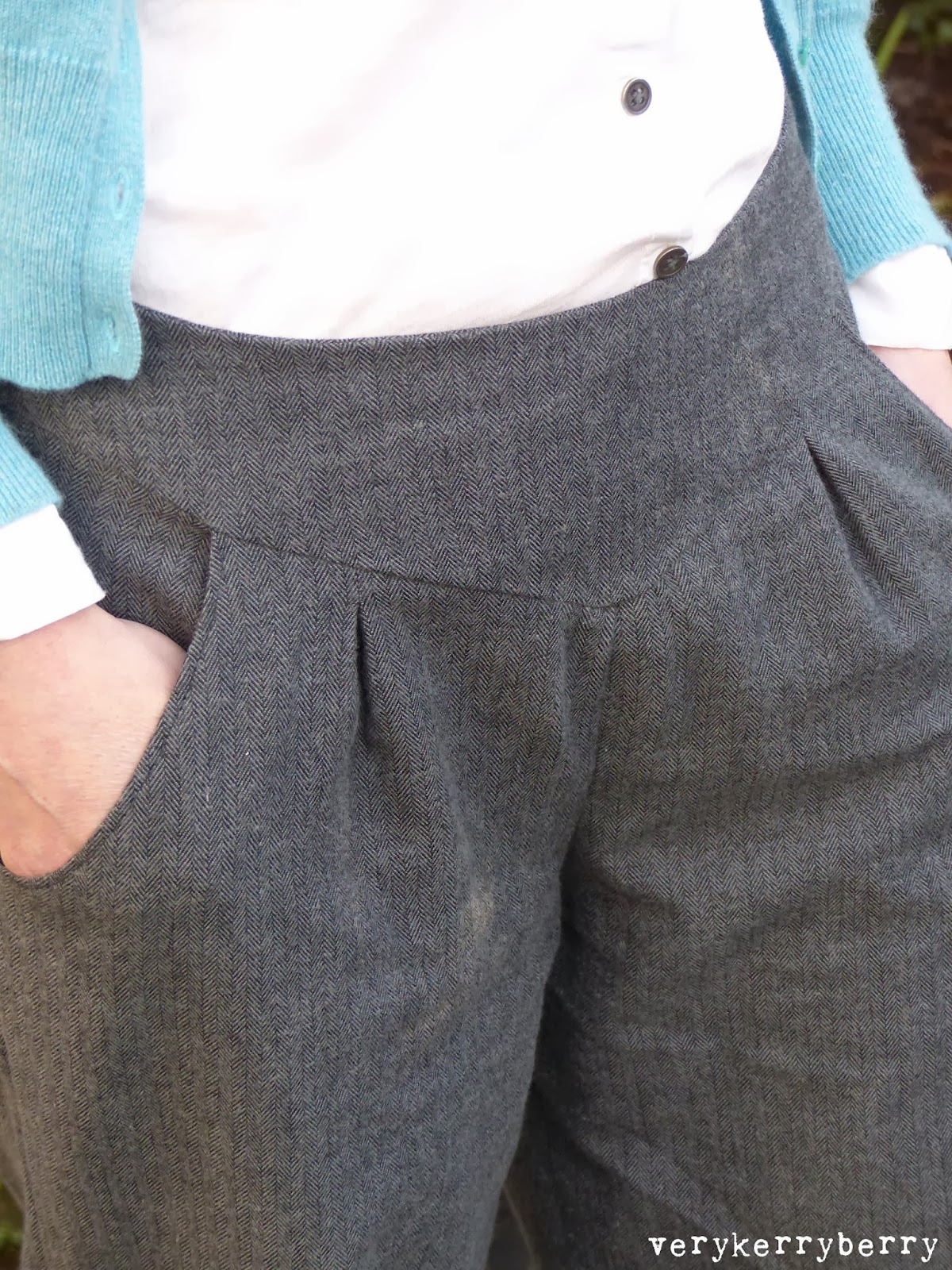 I found the Style 4167 pattern thrifting at the car boot sale (left in photo below).  Sometimes, I can look at a pattern and have a pretty good idea that it will fit me straight off.  I could see that despite the high waist, they were going to work.  I did make a test pair in old sheeting and whilst they confirmed that although such a high waist (and no pockets!) was not for me, they were a nice fit.  I overlaid the Chataigne lower leg pattern pieces over the style trouser and traced off a new front  leg and back leg. Otherwise, all the Deer and Doe pieces were from the shorts pattern- yoke, waistband etc.  Don't get me wrong, there was a lengthy fitting process which I will cover in a separate blog post, mainly reducing the width of the leg, but it was straightforward. 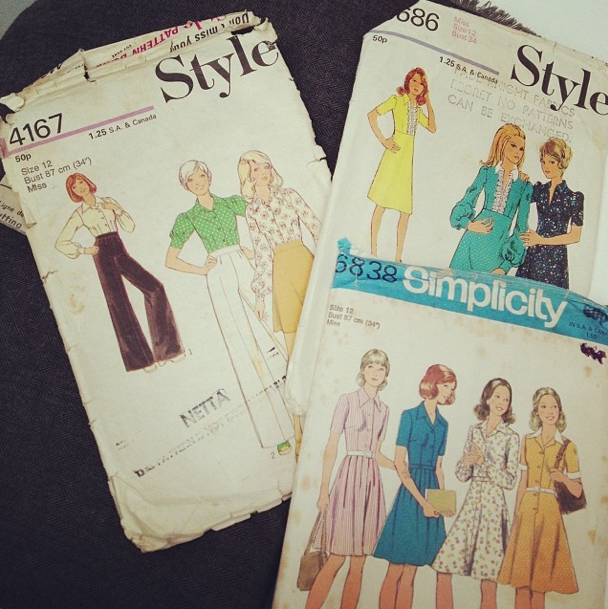 The Style pattern came without instructions but all the pattern pieces were complete, including that rather rocking fitted shirt which is on my never ending list of clothes to make. 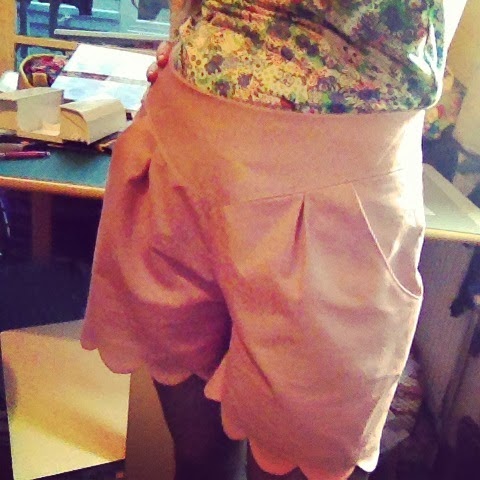 I had made the Chataigne shorts before I made the trousers, I think it was over Christmas.  They were a test piece really, made with some light pink twill I bought cheaply on ebay.  I never wear shorts, I am not a fan of tights and I would never bare so much skin in cold weather (or even hot weather) but I love the style, especially the front V yoke section and they were interesting to make.  The cotton flannel fabric gave a great wool trouser look without the itchiness and is soft and warm to wear- it does however attract ever single hair and stray thread and I have a lot of both. 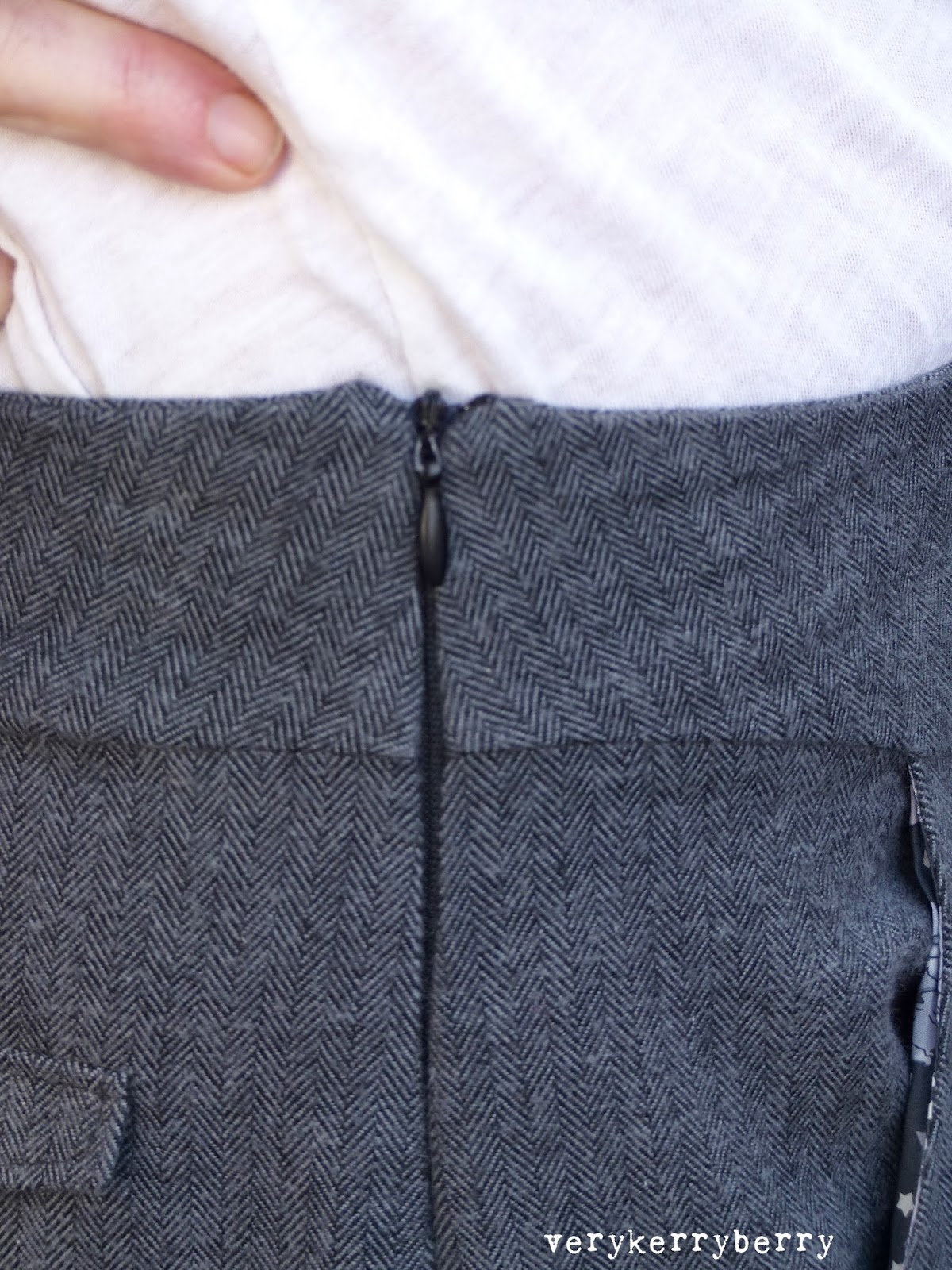 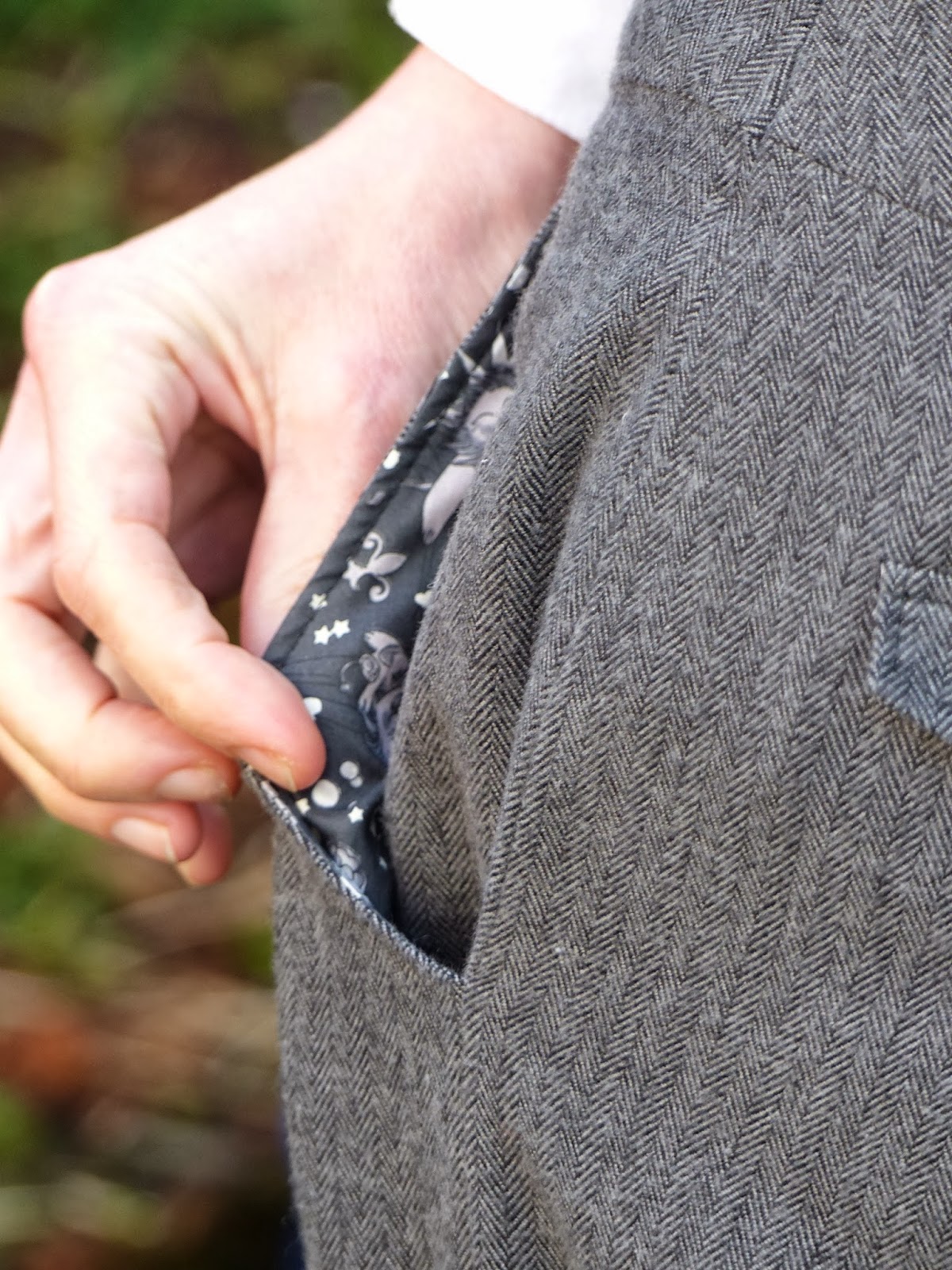 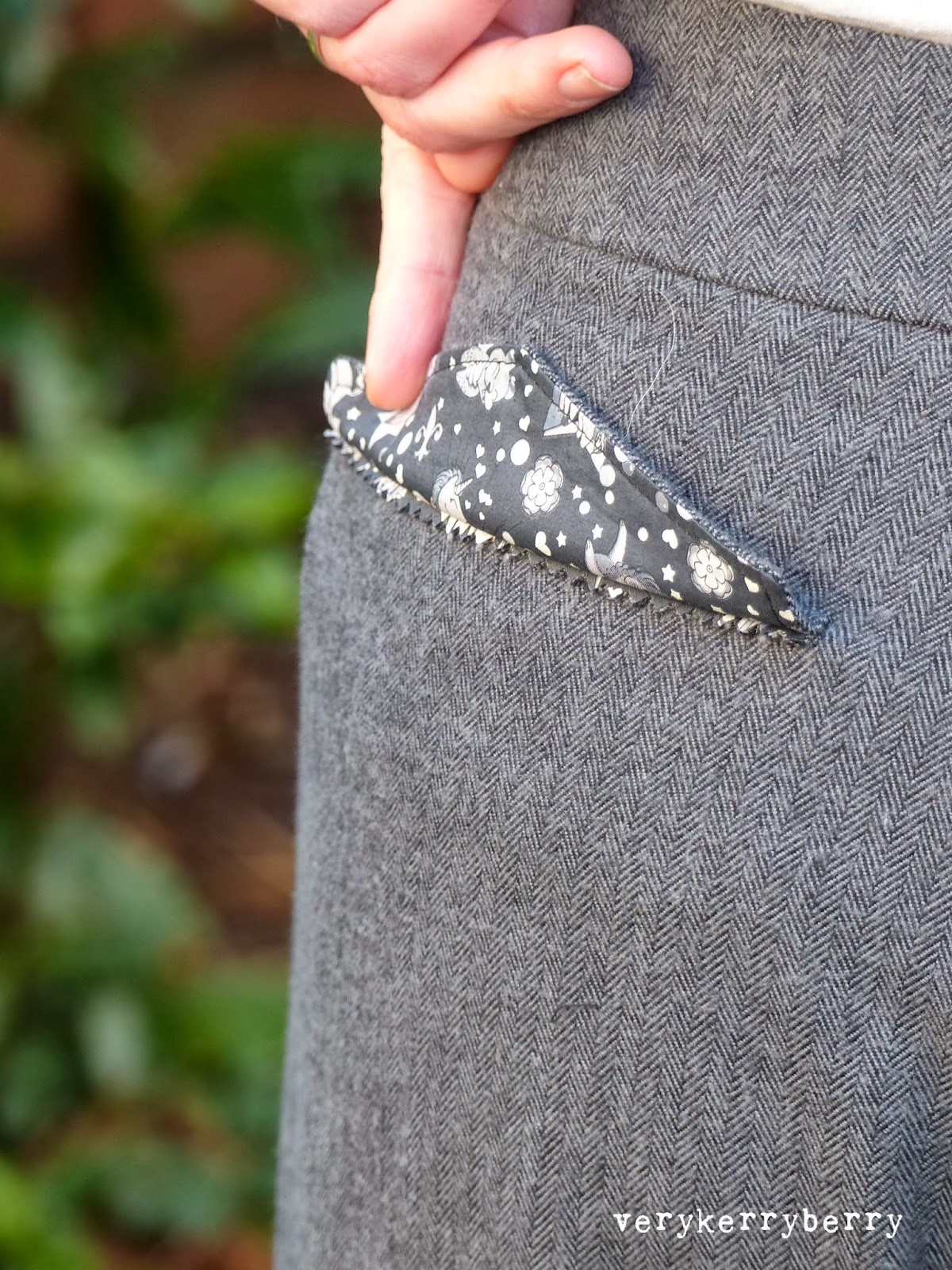 The best complement of all was my ta dah! moment in front Lula when she said they reminded her of an old film trailer she had watched on youtube, " I think it was called Annie Hall?".  Love her x
And proof that vintage sensibilities are inherited.