Just over a year in the making, my relationship with this quilt has been variable to say the least, but now it is finished I love it. 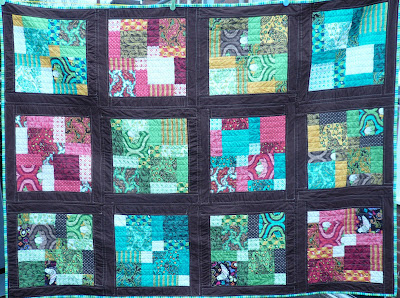 My inspiration came from a Flickr picture a quilt is nice.  I had just started to return to sewing after years in exile (RSI) and had discovered Moda pre cuts and craft on the internet.   It sounds naive but the new craft boom had passed me by until I picked up the first issue of Sewhip mag and found all the websites, blogs, free patterns, tutorials, etc.  It was a revelation how much was out there.   The disappearing nine patch was an easy pattern to start with and I used this tutorial.  Originally I was going to do a quilt very similar to the original Flickr pic, but I realised after making a little table runner that my hands couldn't deal with the weight and manipulation of handling a whole quilt on the machine so I found Quilting-on -the-go (method in this post) in Sewhip  and designed the quilt with sashing border squares so each bit could be handled individually, so inadvertently I designed this pattern. 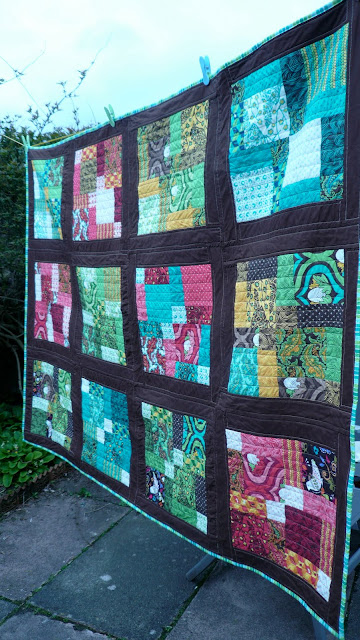 Nice weeds in the garden there.  Our courtyard is small, I didn't realise it would be so hard to take a pic of the whole quilt!
Being a first quilt there are many errors and it was a steep learning curve, yet once washed and dried a lot of bits that really bothered me have evened out and I can't believe I did it all.  The back looks a lot more regular and even than it did when I was sewing it. 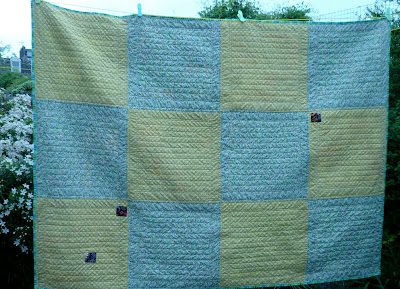 Binding is hard.  I had bound a few little things before and I couldn't face hand sewing so I tried Red Pepper Quilts method but I wasn't neat or accurate enough to completely pull it off.  I ended up with the last stage of stitching on the right side and controlling the fabric with lots of pins and scissor points. 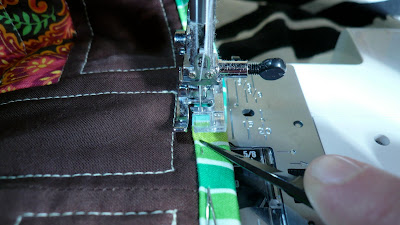 Looks OK in the end and binding, however difficult, can really lift the end result.  I love stripy binding and I love layers of folded binding. 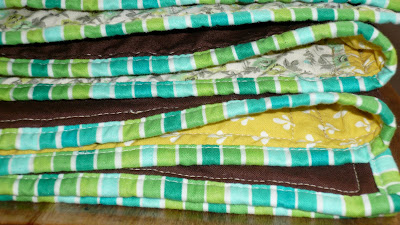 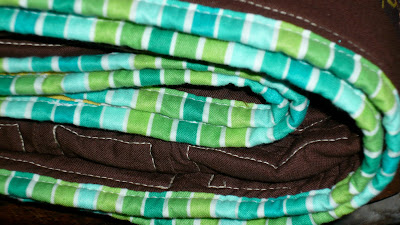 As a thank you to the crafting blog world and all its positive and generous inspiration and energy I am going to do a give away next weekend linking with the Sew Mama Sew giveaway starting May 17th. It will only be a little bundle of fabric squares but you are welcome to come and take part! 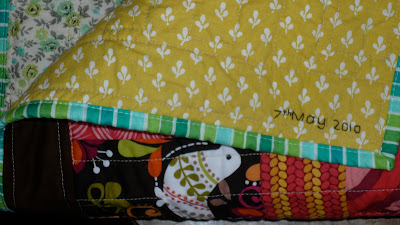 Email ThisBlogThis!Share to TwitterShare to FacebookShare to Pinterest
Labels: quilt