For those of you following the #simplesamplerqal,  using my tutorials on Sewing Directory, these are the three most recent blocks.   Hourglass which uses half-square triangles to make quarter square triangles- a bit of trimming involved but not real waste: 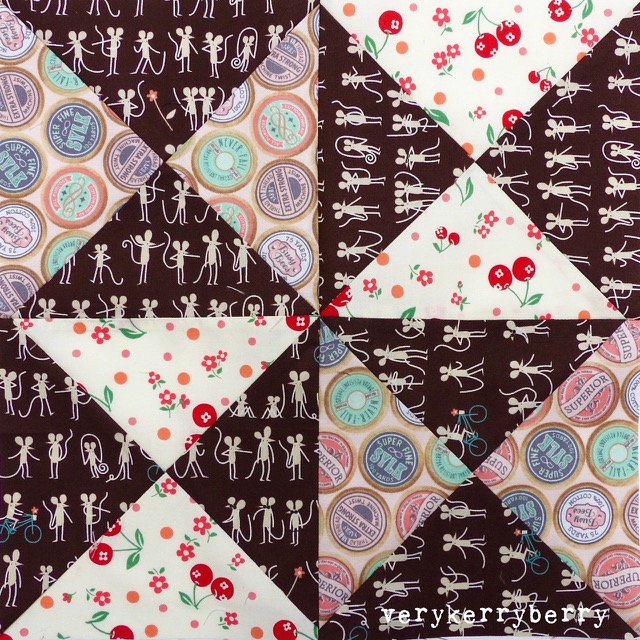 Flying Geese block.  The method for the is a traditional technique which is straightforward but it is a little wasteful.  It's one of those methods that it's good to know as it helps beginners understand how the geese shape is formed but there are alternatives once you've mastered this. There is also a bonus to this method (see below). 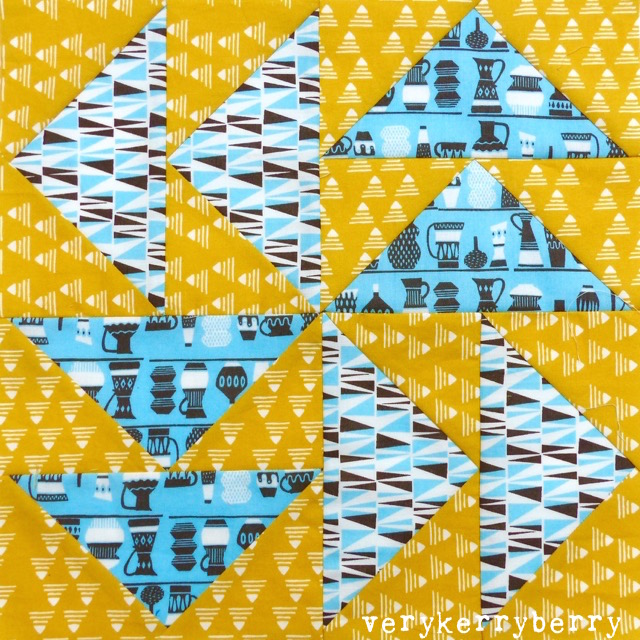 When you come to stitch the diagonal seam line, if you pencil in a second line half an inch away from the previous seam and sew a second seam  on the part of the square which will be trimmed off, you will end up with some extra, smaller half-square triangles that could be used on another project!  Once the second line is sewn, cut between the two lines.  To make each of the eight geese needed for this block, you could generate two half-square triangles so a bonus of sixteen at the end, maybe to use to make a pot holder or mug rug? 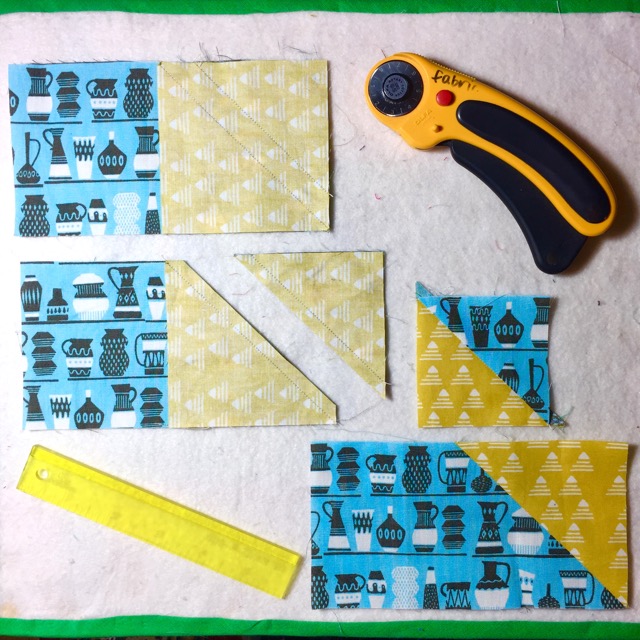 The Sawtooth Star uses geese made with a no-waste method.  This works well for solids or non directional prints and there's no waste and minimal trimming, one of my favourite methods- it's fast too. 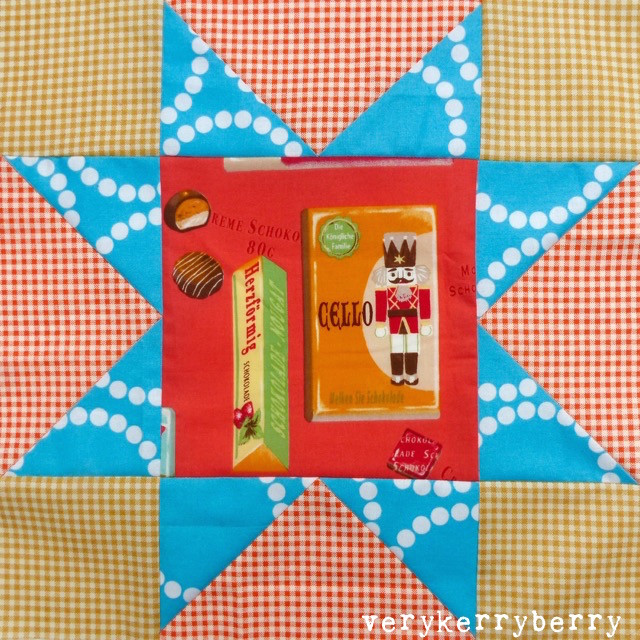 I'm enjoying making these blocks for a second time!
at 04:00