When things are all getting a bit much, I'll often turn to something contained to escape from it and regain a feeling of control.  Sometimes this manifests itself in a keen desire to clean the bathroom. The smallest room in the house, the least amount of clutter and it's quickly restored to a satisfying level of cleanliness with the feeling of a job well done.  For crafting, I've found myself making less clothes recently, despite a need for some items, and more attracted to small patchwork piecing.  I started making Glitter quilt blocks after I interviewed Jen Kingwell's for the release of her beautiful Quilt Lovely book and my aim was to hand sew the blocks sporadically on train journeys and weekends away.  The downside to this was it did take me quite a well to prep each block.  I traced the shapes on to template plastic but despite my best efforts, I would lose one of them from time to time, plus seam allowances needed to be added so I would procrastinate the prep task for another day.  Sarah and Penny at Pretty Fabric and Trims posted a picture of Jen Kingwell acrylic templates including a set for Glitter and I thought this would be encouragement to nudge my progress with this project. 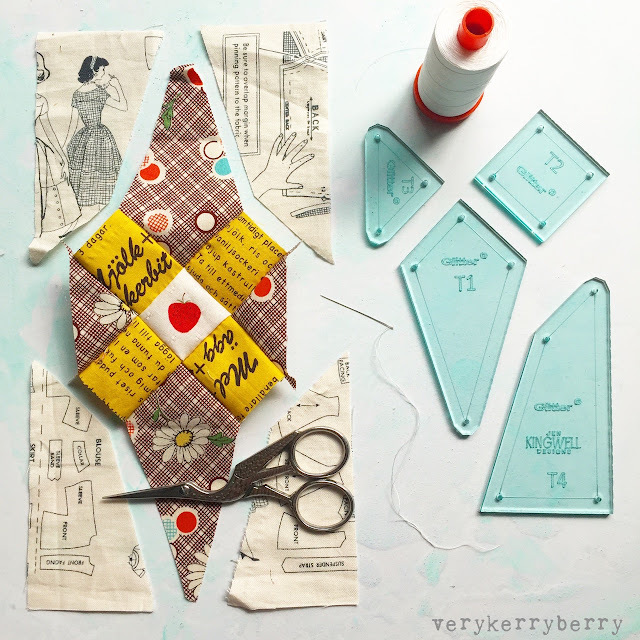 They are pricey- maybe it's the cost of importing them from Australia?  The Glitter set is the cheapest  but I do think you have to feel motivated to splash out.  I have found them very useful though and they have sped up my prep.  I draw around the edge on the reverse of the fabric using a Sewline pencil and add the dots at the corners. I then join the dots to create the stitching line and cut out either with scissors or a rotary cutter and ruler.   I'm not sure if this would work for me so well for the curved sets, I think I'd prefer a window style option for that.   I tried rotary cutting with these templates and that worked too.    The edges feel rough, they do not look laser cut and I'll confess this concerned me at first glance but actually made no difference when using them.  They were worth it for me.  I wanted something to hand sew- this project is the equivalent to a Liberty hexagon quilt that just keeps on growing - and I've made more progress this week than I have in ages!  I just love the canvas that each block provides for me: a fussy cut for the centre, two contrasting prints to surround it and a low volume or a dark background to finish.  It rests my mind and there's that satisfaction of completion when another block is cut out or sewn together.  Ahhh. That's better... 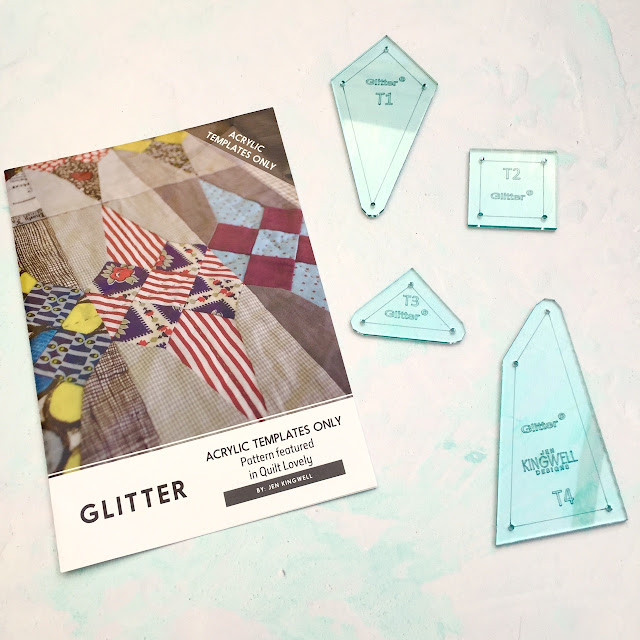