A few years ago, clasp purses were all the rage.  I made a few from teeny and tiny, to middle and clutch bag size so when Zakka Workshop asked me if I'd like to try out some of their new Purse kits I was happy to do so.  Their kits contain a metal frame, paper string, an instruction booklet and full size pattern templates. 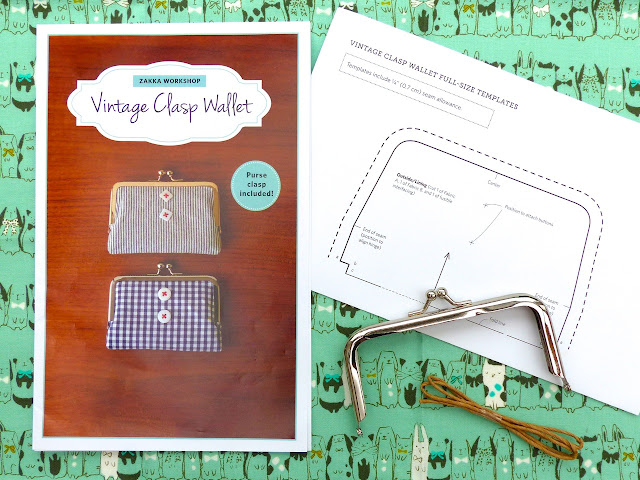 They sent me some kits and I got to work!  To make a purse with one of their kits you will also need fabric, interfacing or fusible fleece and a strong glue like Gütermann textile. 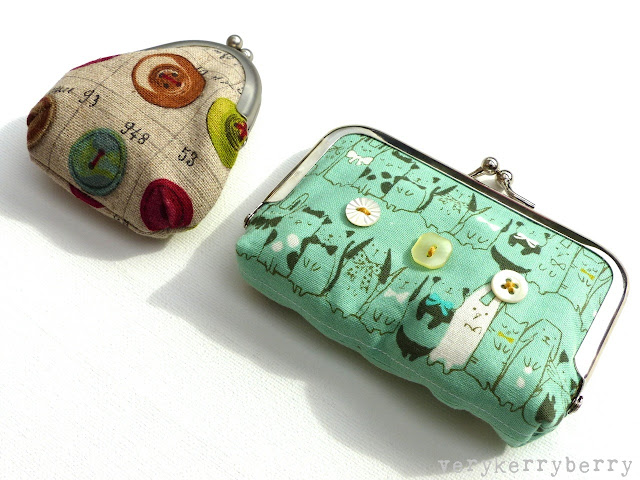 The little rounded 'Spare Change' purse on the left was an easy make.  I followed the instructions to the letter and  although some steps are a little fiddly, as they often are with small items, it was straightforward.  Then I went on to the Vintage Clasp Wallet which has an internal pocket and I had a few hiccups following the instructions so here are my observations!  All the purses have a fold-out instruction booklet with a mix of photographic instructions of one side and detailed diagram and text instructions on the other. Sometimes there are photographs as well as diagrams and texts for a particular step and you can choose which you would rather follow. 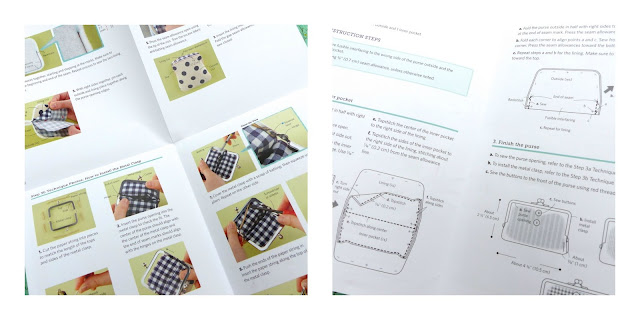 I also found that sometimes this adds to confusions as the photographs can be from a different purse than the one you are making and the instruction is not strictly relevant!   I found this on the vintage clasp purse at step 3a As with their other patterns and kits, Zakka Workshop have adapted and translated  the patterns from Japanese sewing books that are often now out of print and this explains the occasional mismatch.  They are aware of this and will change it if it goes to reprint.  It is definitely confusing especially if you are new to purse making. 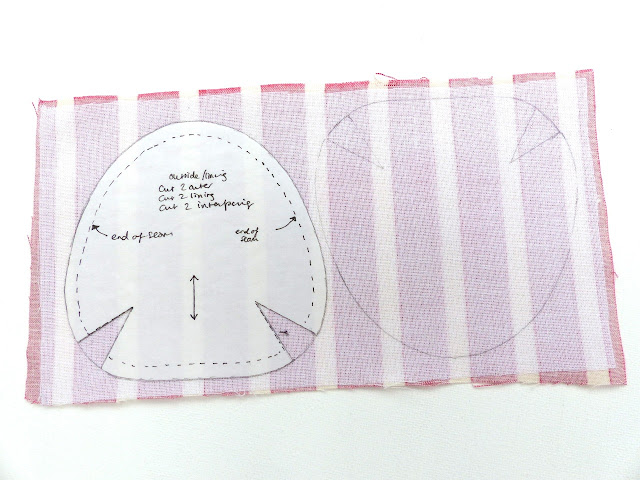 There were a couple of things I noticed on the pattern pieces.  On the Vintage Clasp Wallet, the pattern pieces need to be cut on the fold and this isn't explicitly stated on the pattern pieces - instead the fold line is indicated.   If you are using a single direction fabric design for the purse outer like I did , you could do like I did and cut two outside sections adding a quarter inch seam allowance at the fold line and join with a seam.  The base of the pattern is a little confusing.  The seam allowance is left off and I wasn't sure where to cut so I checked with Lindsay at World Book Media about this , her advice was
"When you cut out the pattern piece, you do not cut out the square. Instead, you just cut out straight along the seam allowance line (refer to attached photo labeled Pattern Piece)."
You can see where this is in the first pic in this post.   I had already cut out along the lines and the purse still worked out fine! 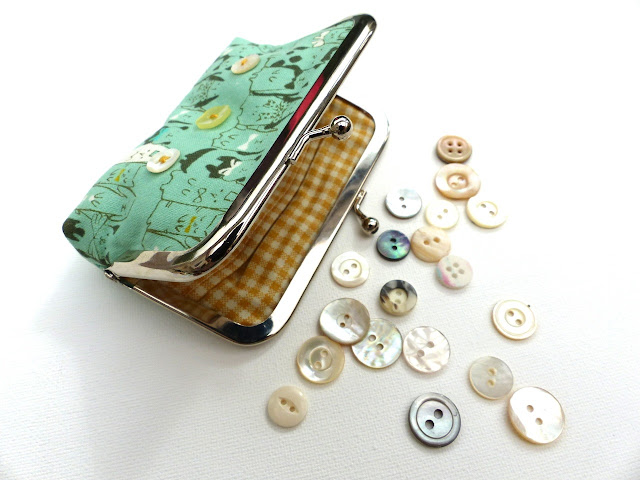 Both purses were offered to my daughter and I haven't seem them since which must be considered a success!  You can find the kits at: Zakka Workshop.  If you are in the UK, I have seen Zakka Workshop products at Sewhot so maybe they will be stocking these kits.