I am not a great magazine buyer.  Celeb, gossip and style mags hold little interest apart from a flickr though in a waiting room.  I do buy the occasional sewing magazine and these tend to have a garment rather than a quilting focus.  I recently started as a columnist for Sewing World magazine.  You can see from the strap line in the picture that is well established with a 20 year reputation- quite some going as a magazine, its a tough world out there! 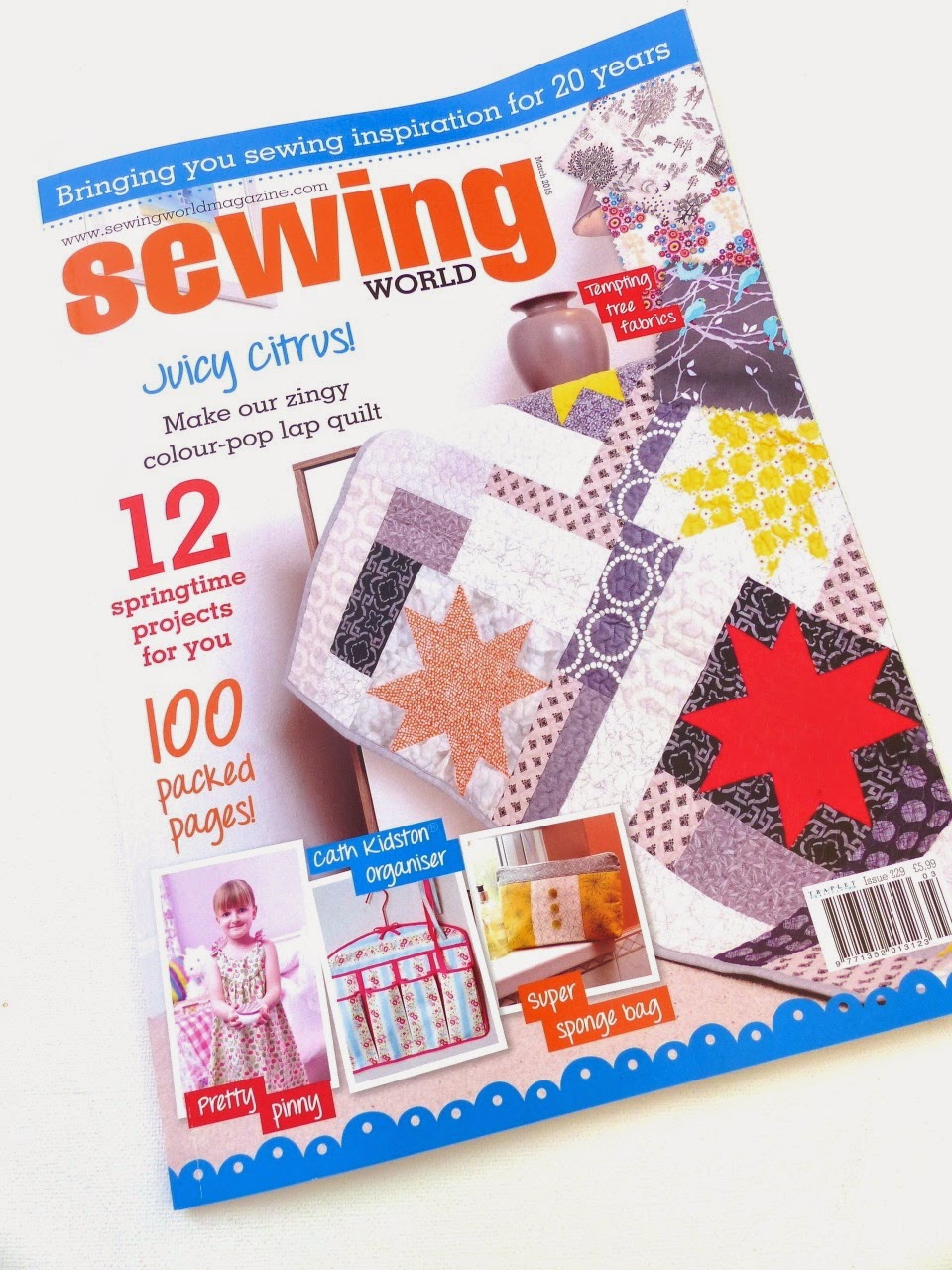 Sewing World is a dependable type of magazine.  There is always a mix of projects from relatively simple garments for adults or children, usually a quilt per issue (the one above is by Jenna from Sew Happy Geek) and a selection of small projects- wash bags, totes, children's toys.  I enjoy the features in this magazine.  There is usually some sort of technical masterclass article written by an expert.  In the March issue facings are the theme and it is written by Angela Venn of Venn Tailoring.  Kellie from Plush Addict has some very useful articles on handling tricky fabrics like fleece which you can now find on the Plush Addict blog. 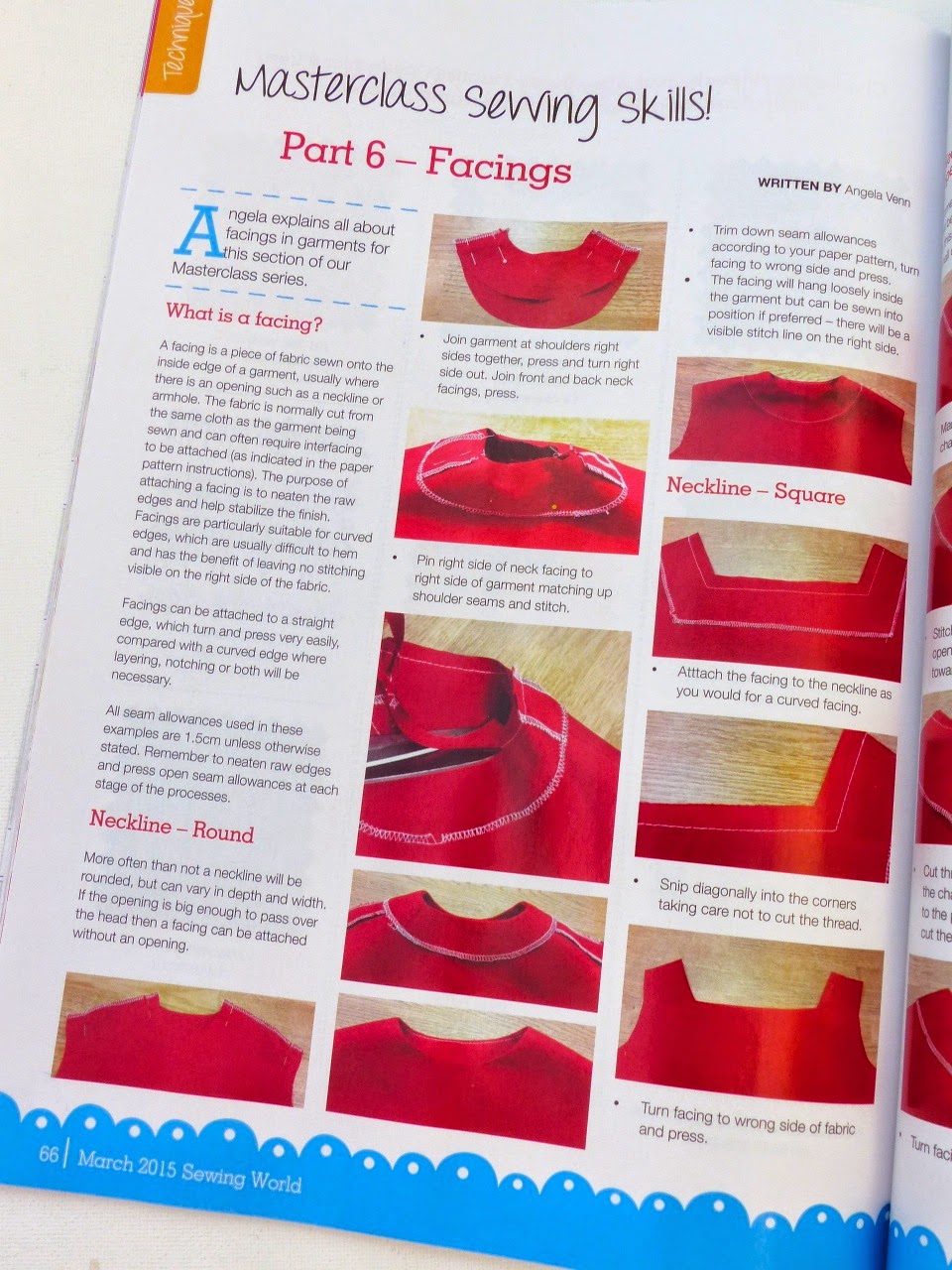 There are articles on individuals working in the sewing industry.  I especially liked this months's feature on Collier and Robinson: bespoke blazer makers and there preparation for Henley Regatta- great info and great tips! 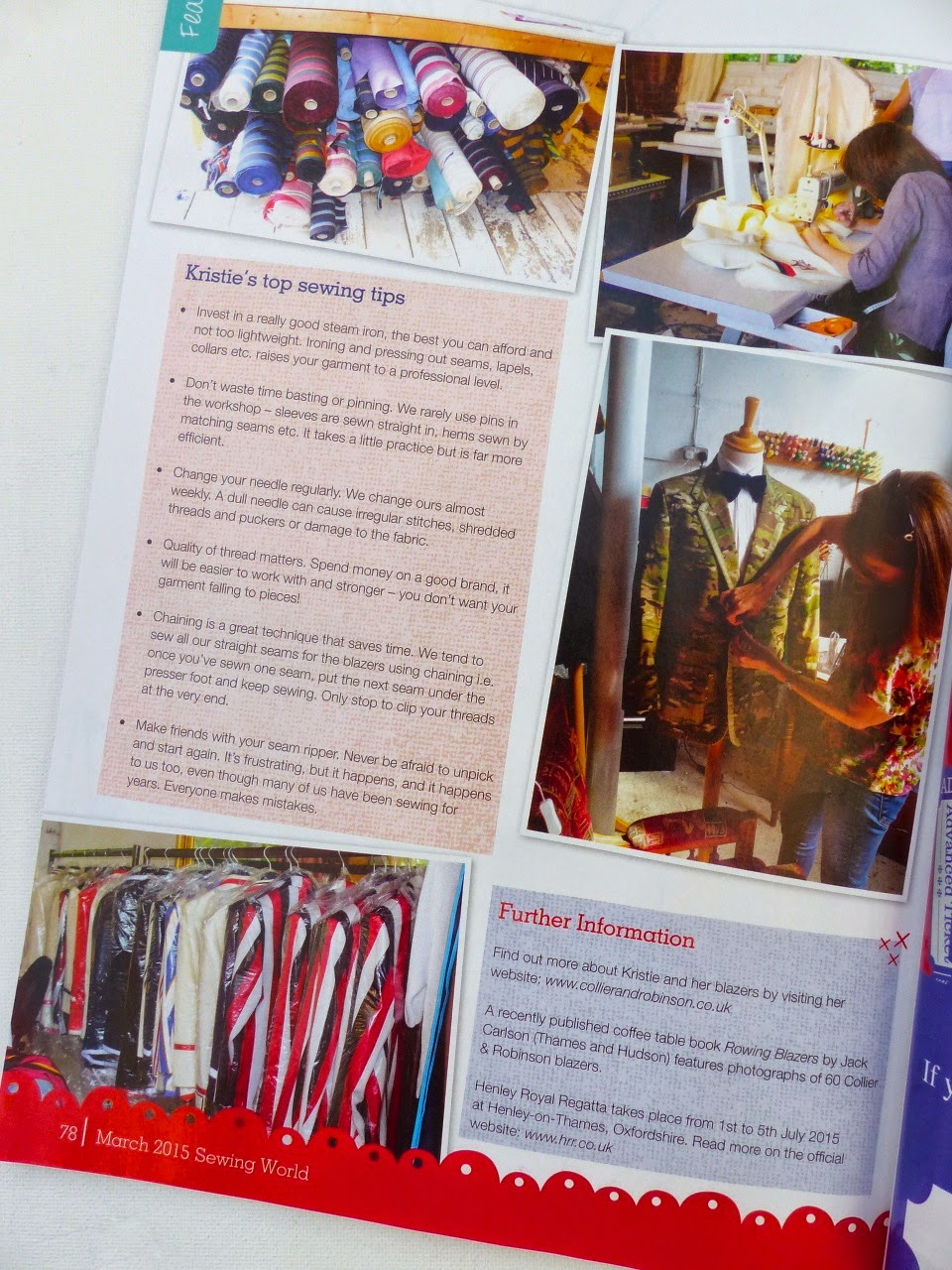 When I am browsing in WHSmith, I do always check out Sew Magazine, which is now Sew Home and Style.  There is usually a 'free' pattern with this magazine and that is the main lure.  The patterns tend to be Simplicity but not exclusively so and in the past included styles from their current range.  More recently the free patterns have been either very simple and rather boxy shapes, or 50s style dresses (there are only so many I need or wear) so I haven't bought any but always worth checking out and the features are usually helpful and written by people who know their sewing! 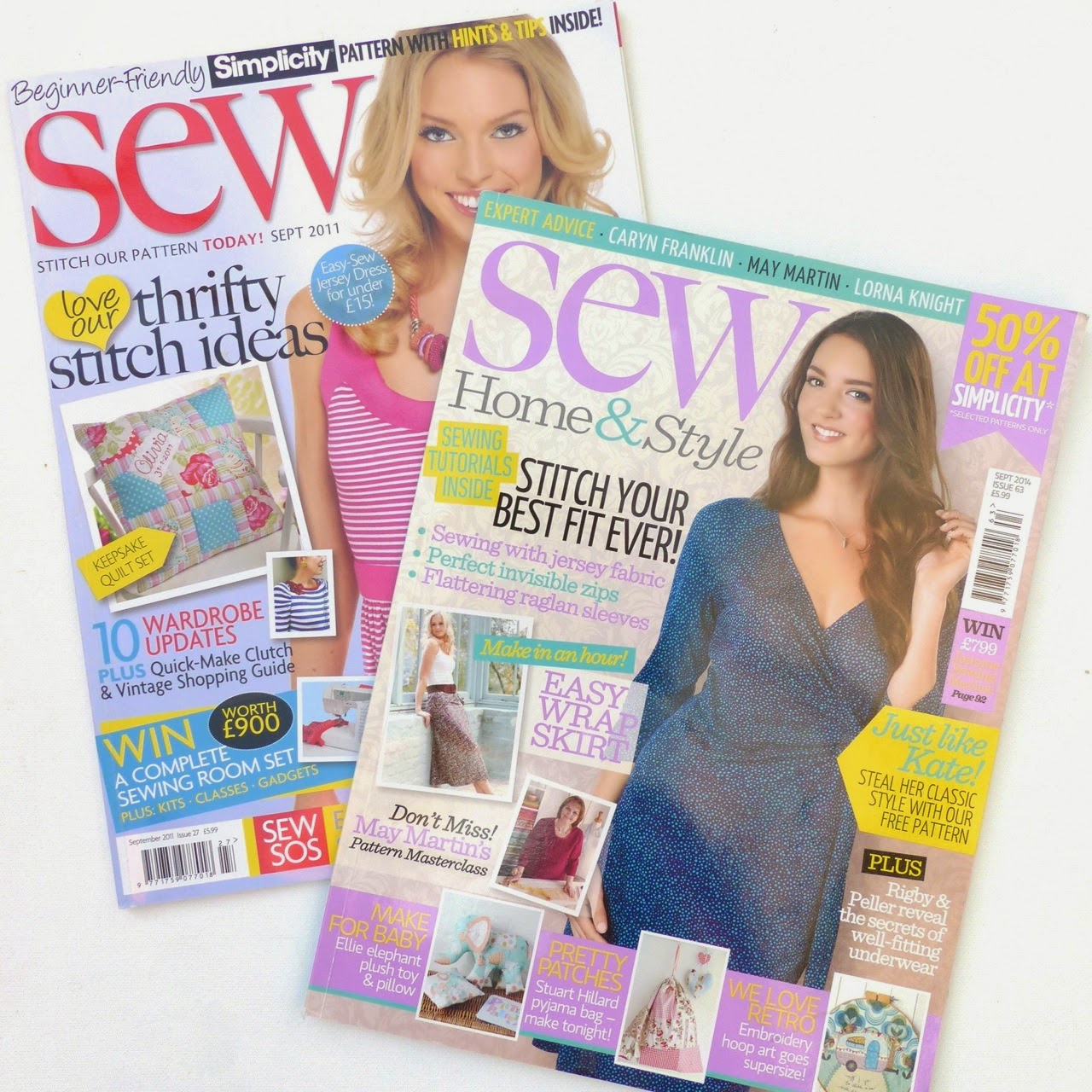 Threads is a USA publication aimed at the sewing enthusiasts which is available in the UK but getting hold of a copy is often random.  My branch of WHSmith only ever has a handful and they go fast.  This is a more advanced magazine with the emphasis on techniques rather than patterns although there are projects and makes included too. 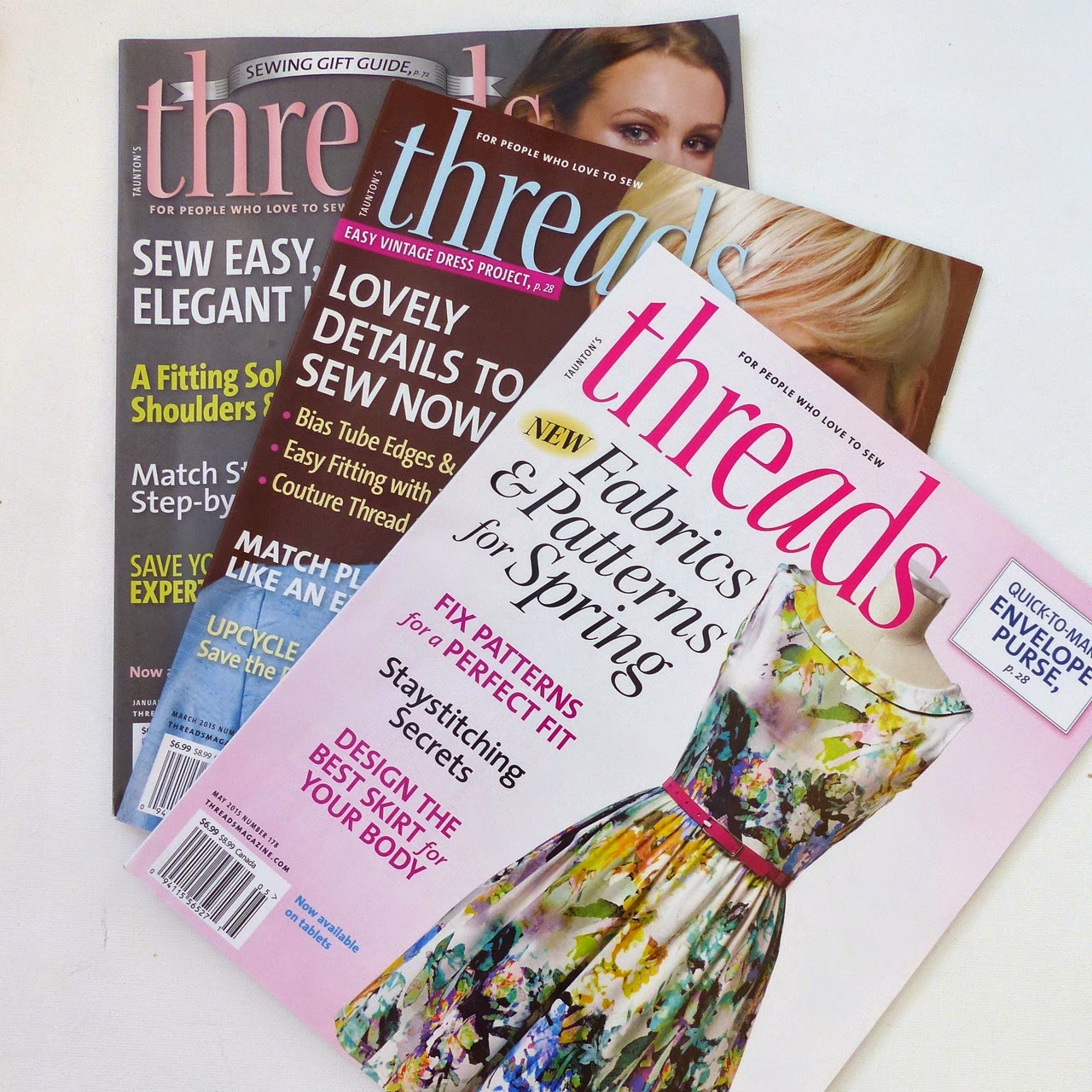 I bought my copies via online subscription which cost around $32 for 6 issues- (around £22).  Most UK sewing magazines are £4.99/£5.99 so it works out as cost effective and is posted to my door.   I paid with my usual bank account and it all went through fine, even though it was in $.  The first issue did take a while to get here but subsequent ones have arrived quickly. 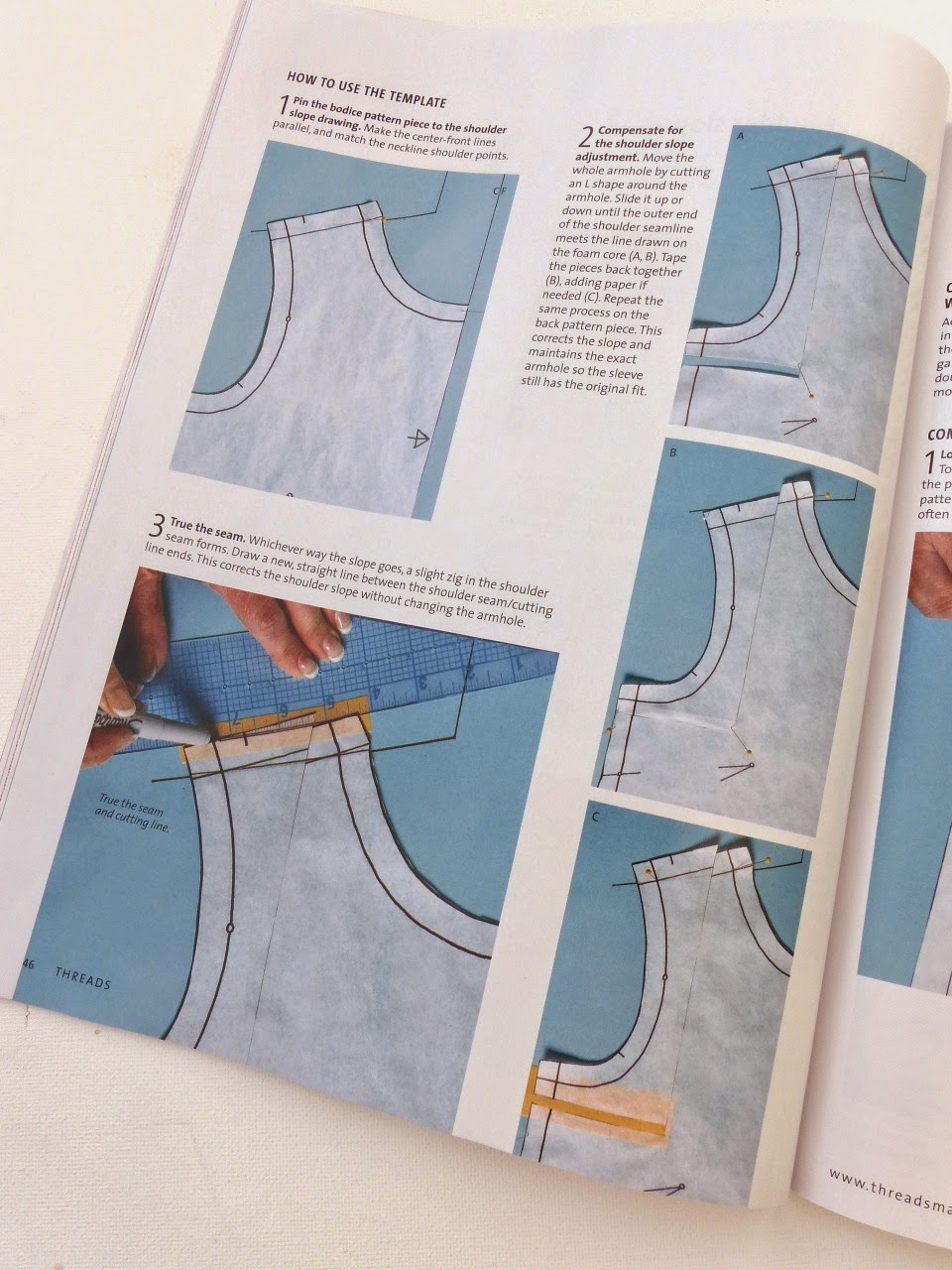 So far I have been pleased with what I have received.  Articles are thorough and the techniques are ones I will use- shoulder alterations, sleeve/shoulder fitting and the readers tips are often very clever although I do get echoes of Viz magazines top tips, but maybe that's just me... 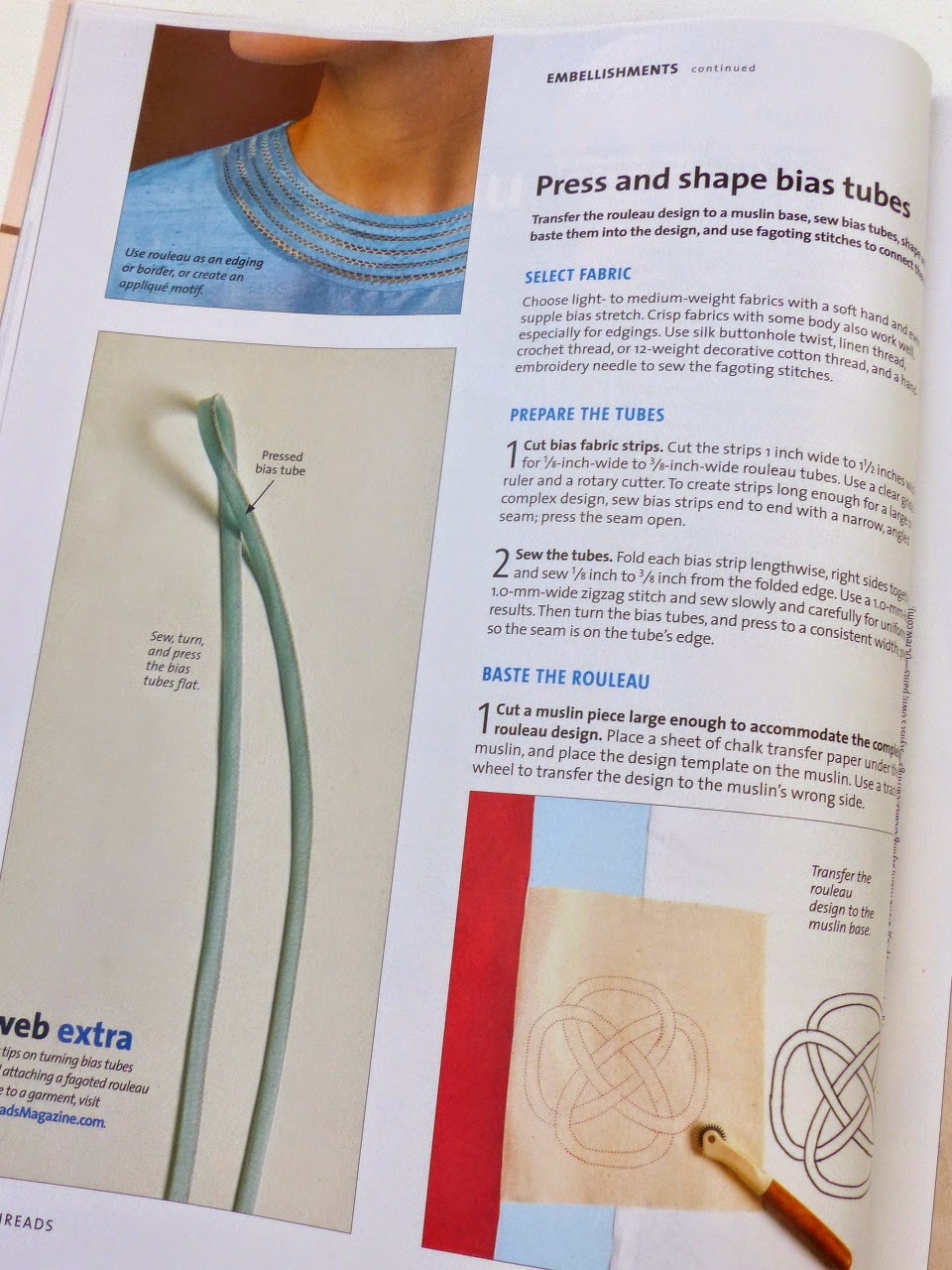 Some of the content decisions are a little odd. In a feature all about using bias tubes which had multiple pictures, including the magazine cover, of a top with neck, hem and sleeve cuffs all finished with  repeated delicate bias tubes and hand stitches, the article did not explain how to do that but instead concentrated on an elaborate celtic knot that surely no one would want to wear?  The embellishment articles are generally not to my taste.  They have a tendency to look old fashioned.  I've done silk painting back in the 90s but I would never want to wear something like this, Quelle horreur! 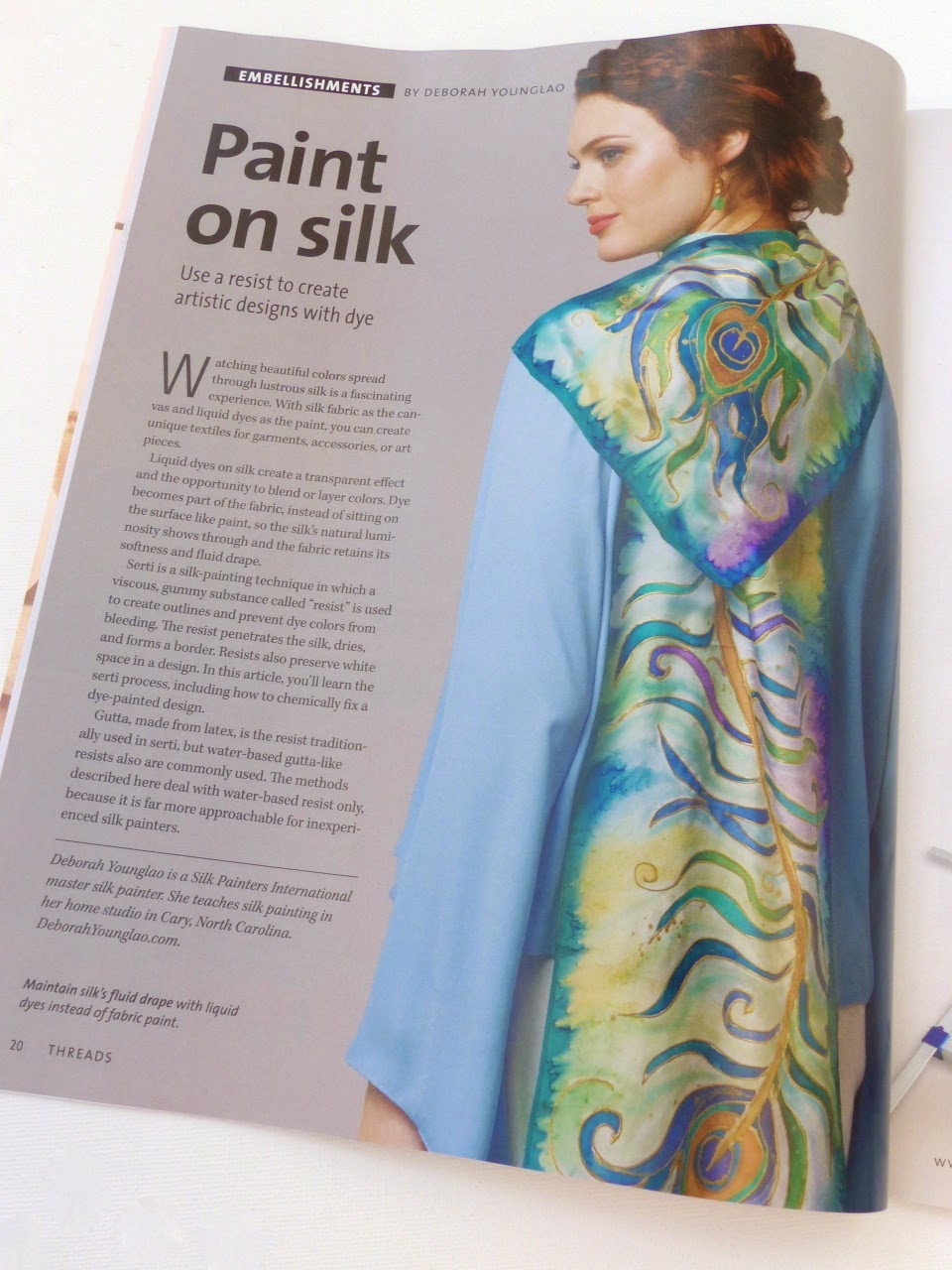 I a not a huge fan of upcycling for clothing- it has its place but I don't generally like doing it and it really needs to be done well- if I can see that the dress is obviously made out of a selection of men's shirts, I do not want to make it. Hideous! 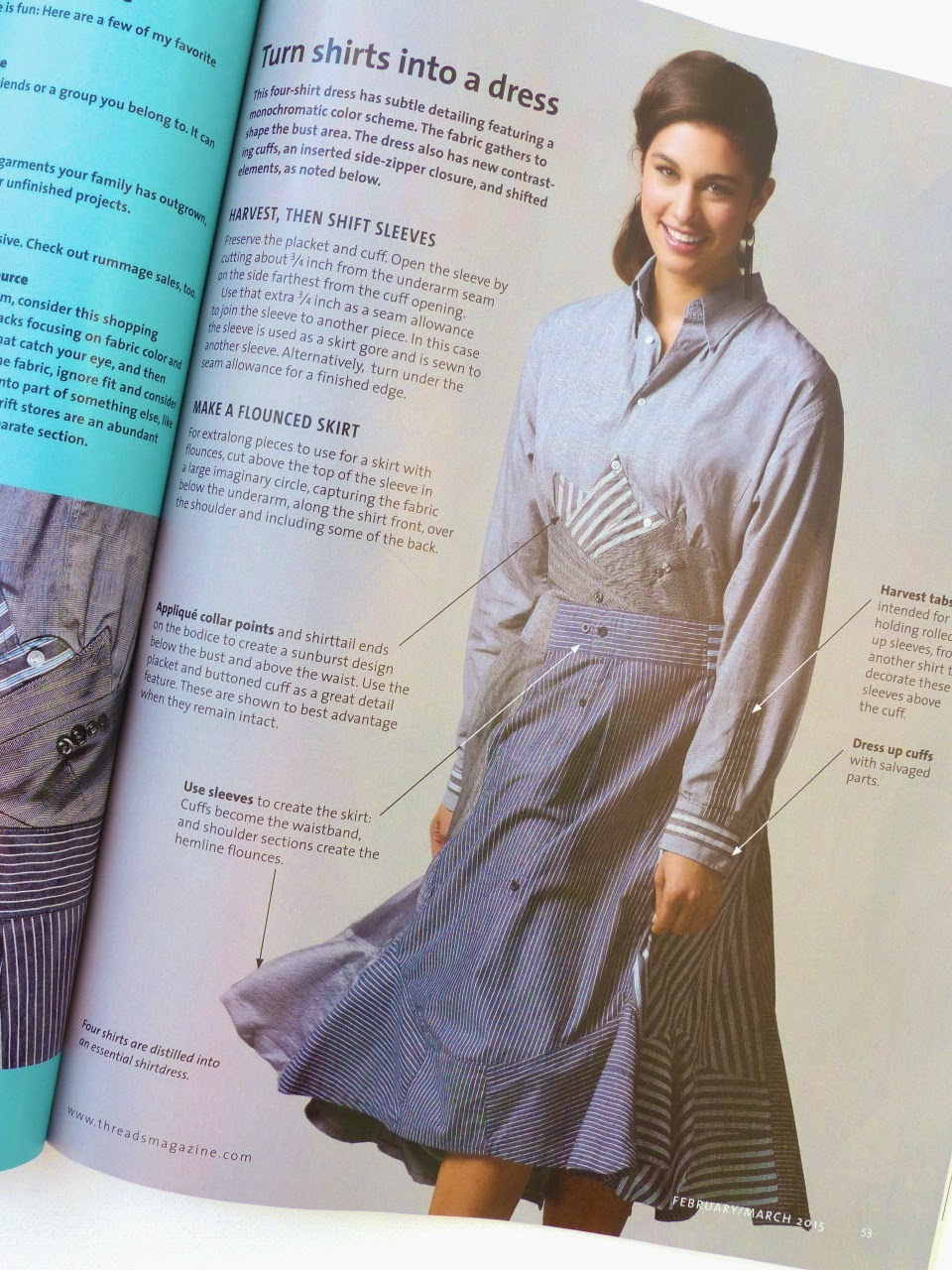 Despite its aesthetic wobbles, I am throughly enjoying my Threads subscription.  It is a great magazine to keep or cut out pages from and it takes a long time to read rather than just pretty pictures to flick through.  I haven't mentioned quilting magazines like Quilt Now or Love Patchwork and Quilting and I guess many sewing people buy them as they are bright and colourful with lots of projects.  I am often tempted by Quiltmania, but them I see the price and put it back!