The release of 318 Patchwork Patterns in English has brought a flurry of block making from the book making and in addition to the blog hop that I was part of a few weeks ago, Al at A Thousand Needles is hosting a 318QAL.  For each week of the quilt-along, she's making 4 blocks which will be part of a 318 Patchwork Patterns mini quilt.  She's choosing most of the blocks and having special guests- so far  Brenda from Pink Castle Fabrics and Penny from Sew take a hike and this week it's me! I love the animal blocks in this book, so I chose #136 dog and bone block.  I was so enamoured with the design that I didn't notice the million Y seams involved!  Apologies to Al who is making this block too! 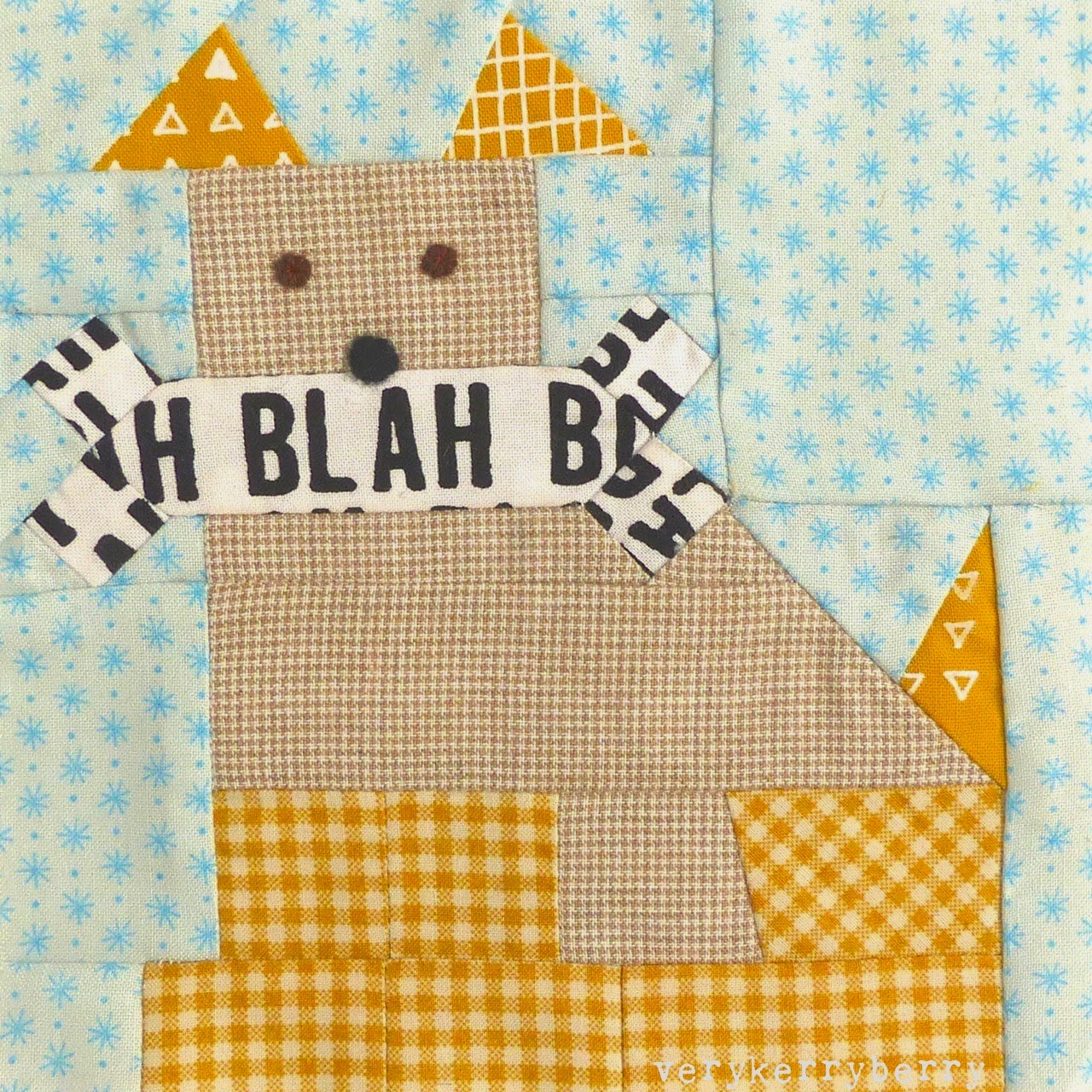 I've marked the Y seams and some of the sections below.  I tried to plan this but I ended up being a very careful slow sewer and using the techniques covered here- precision is everything with so many Y seams! I did the ears, feet and tail actions first.  Then the head and bone.  Next the body and the final part was joining everything together.  The Y seams are marked in blue- there were so many and I had not think about how I was doing this too much and rely on instinct as it did get a bit confusing!  You could always add extra lines in to simplify the shape and construction as Penny did with her block. 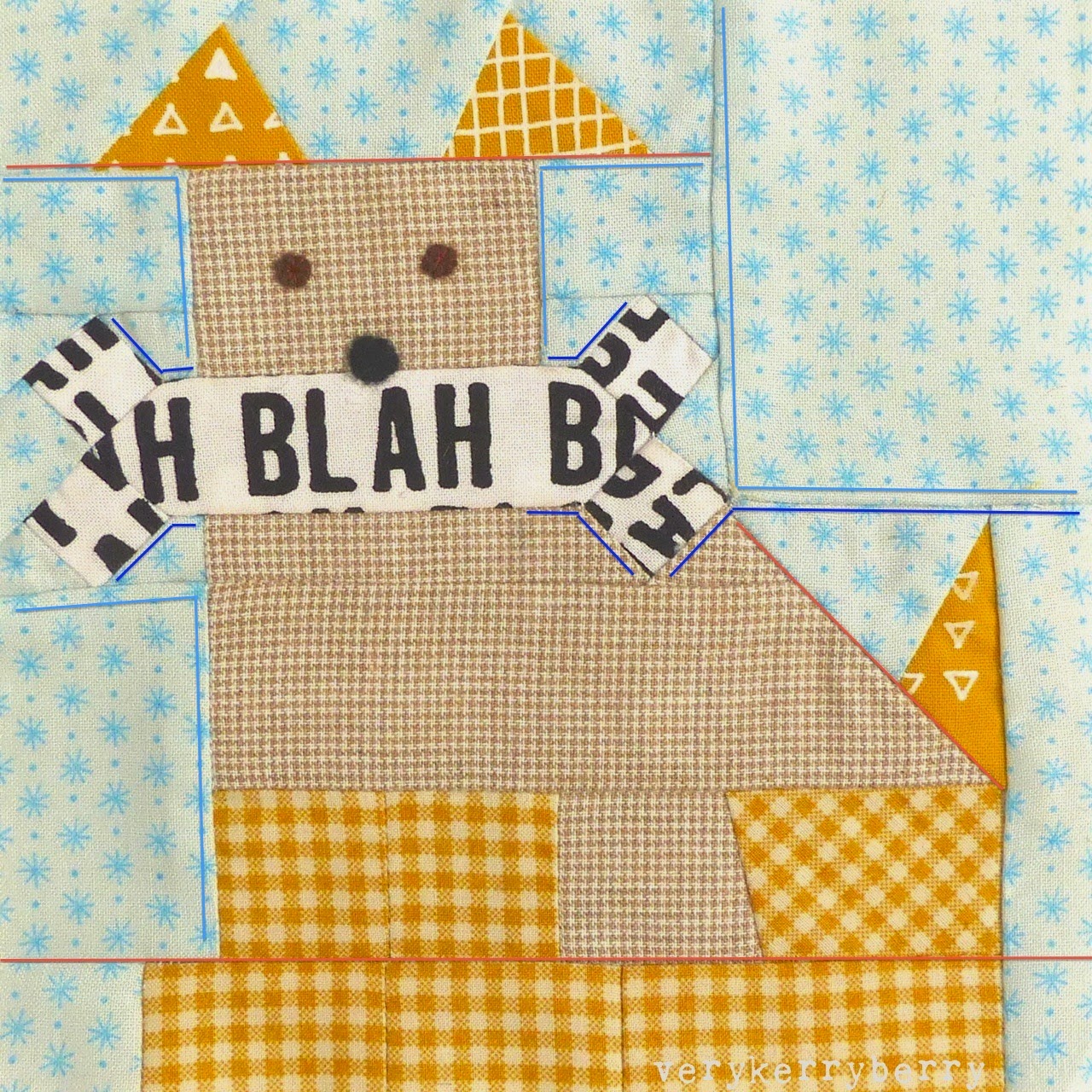 I made the 6" block into a quilt as you go hot water bottle cover for our dog Lottie.  As the weather gets cooler, she loves a hottie to cuddle up with overnight. 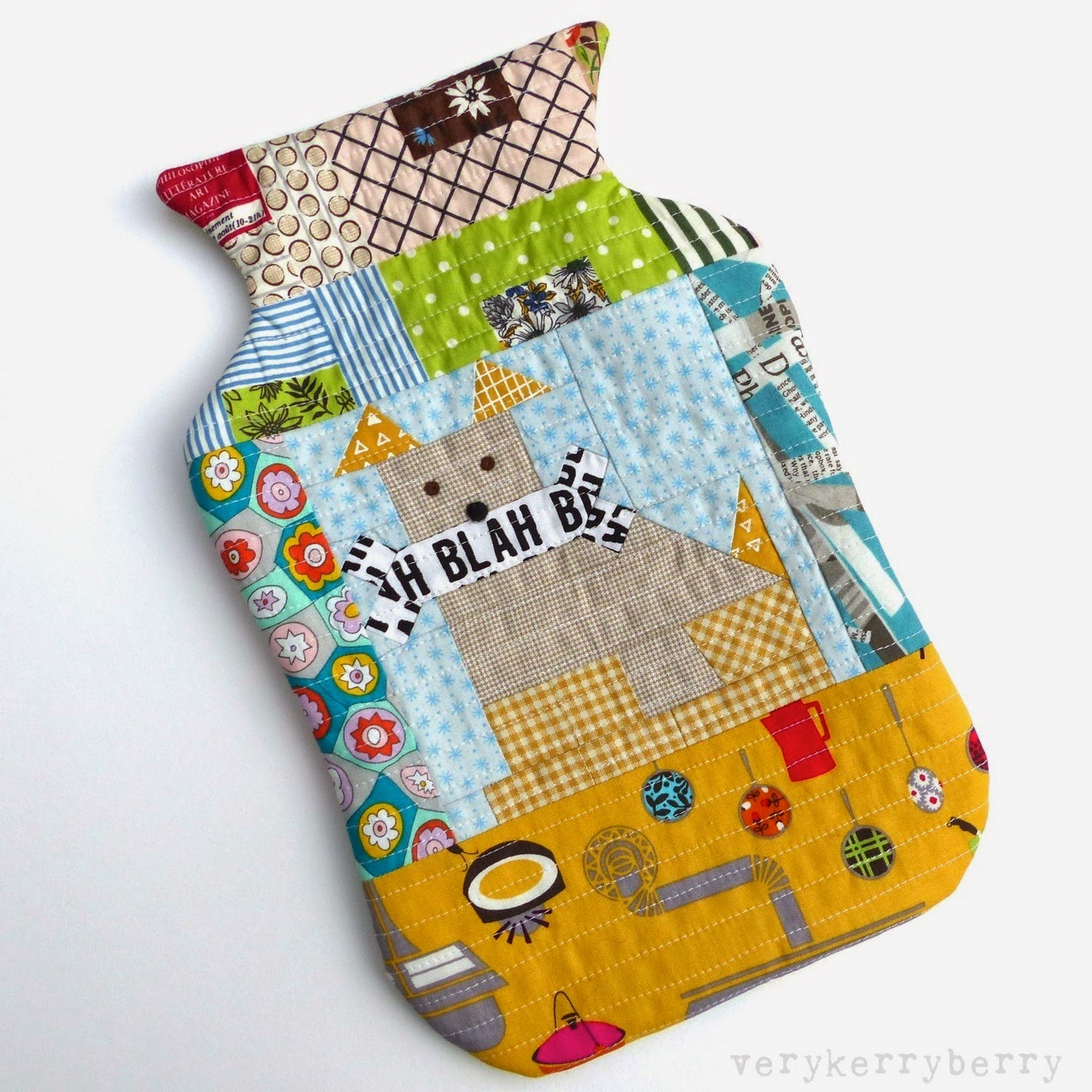 It's a simple pattern adapted from Suzuko Koseki's Patchwork Style.  I lined it on the inside too with some cotton lawn to make it a thick cover that would insulate well and survive a lot of washes. 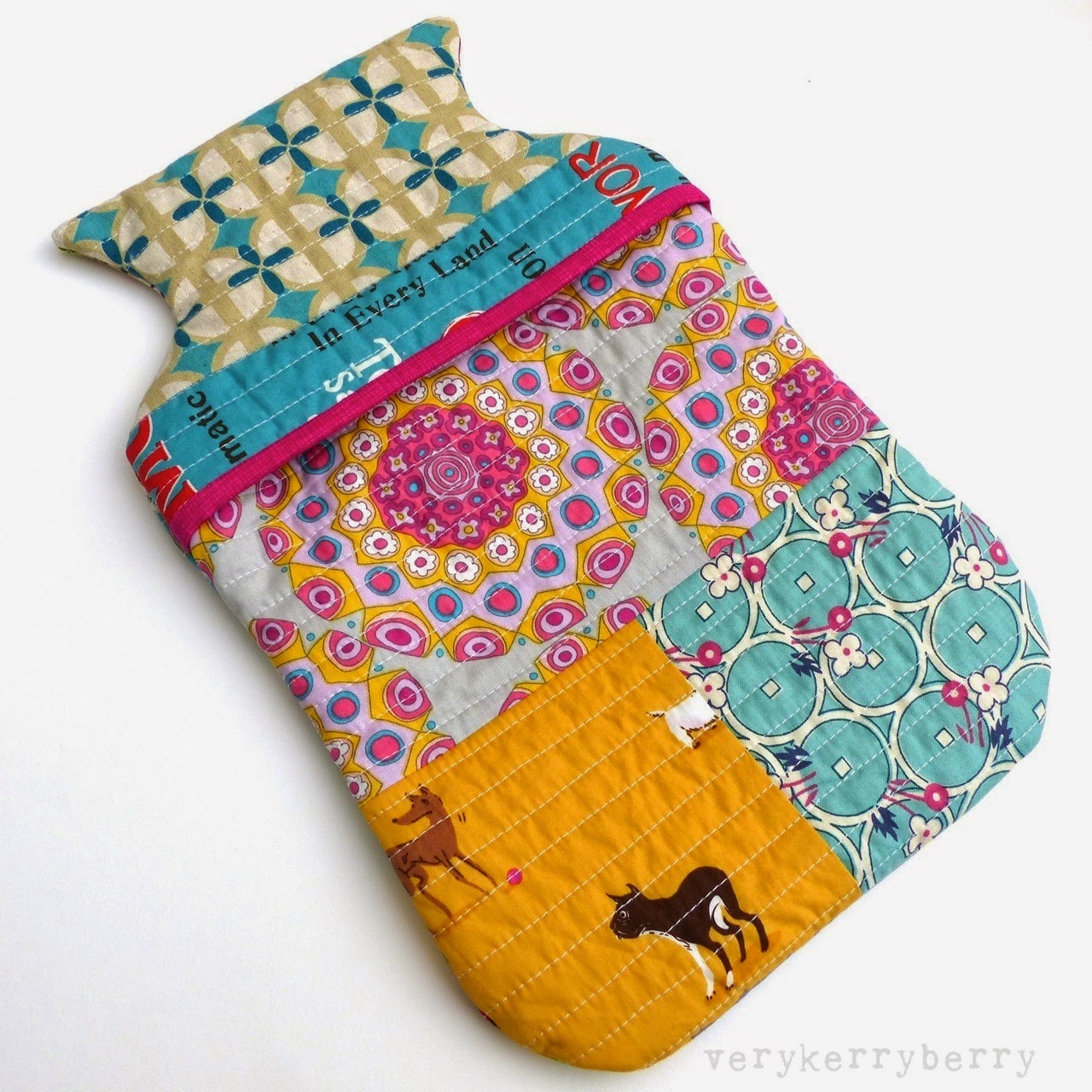 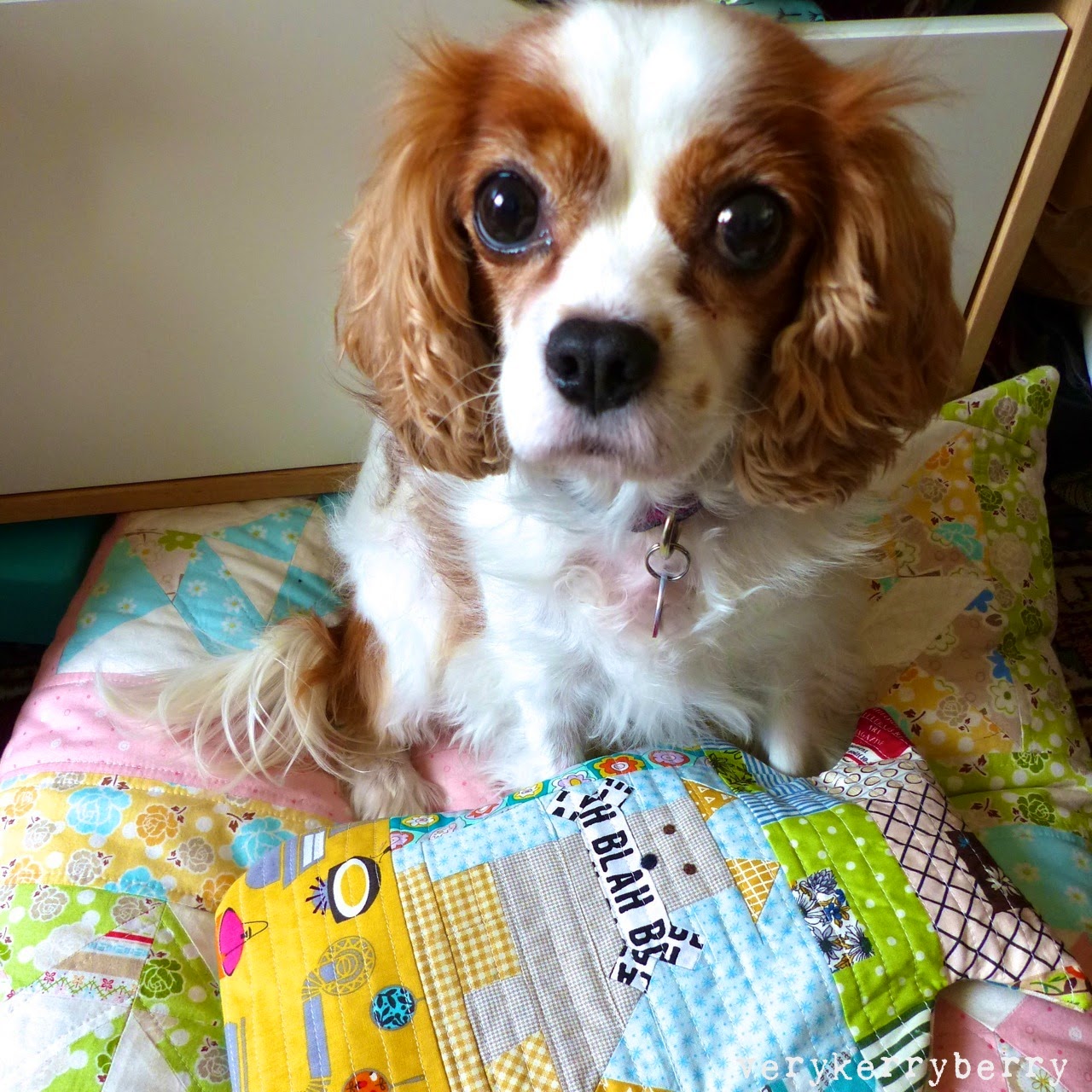 You can find the 318QAL schedule here, week one here, and week two here.  You can link up with Al by posting picks of at least 2 blocks you've made from the book and win a prize- see her posts for details.