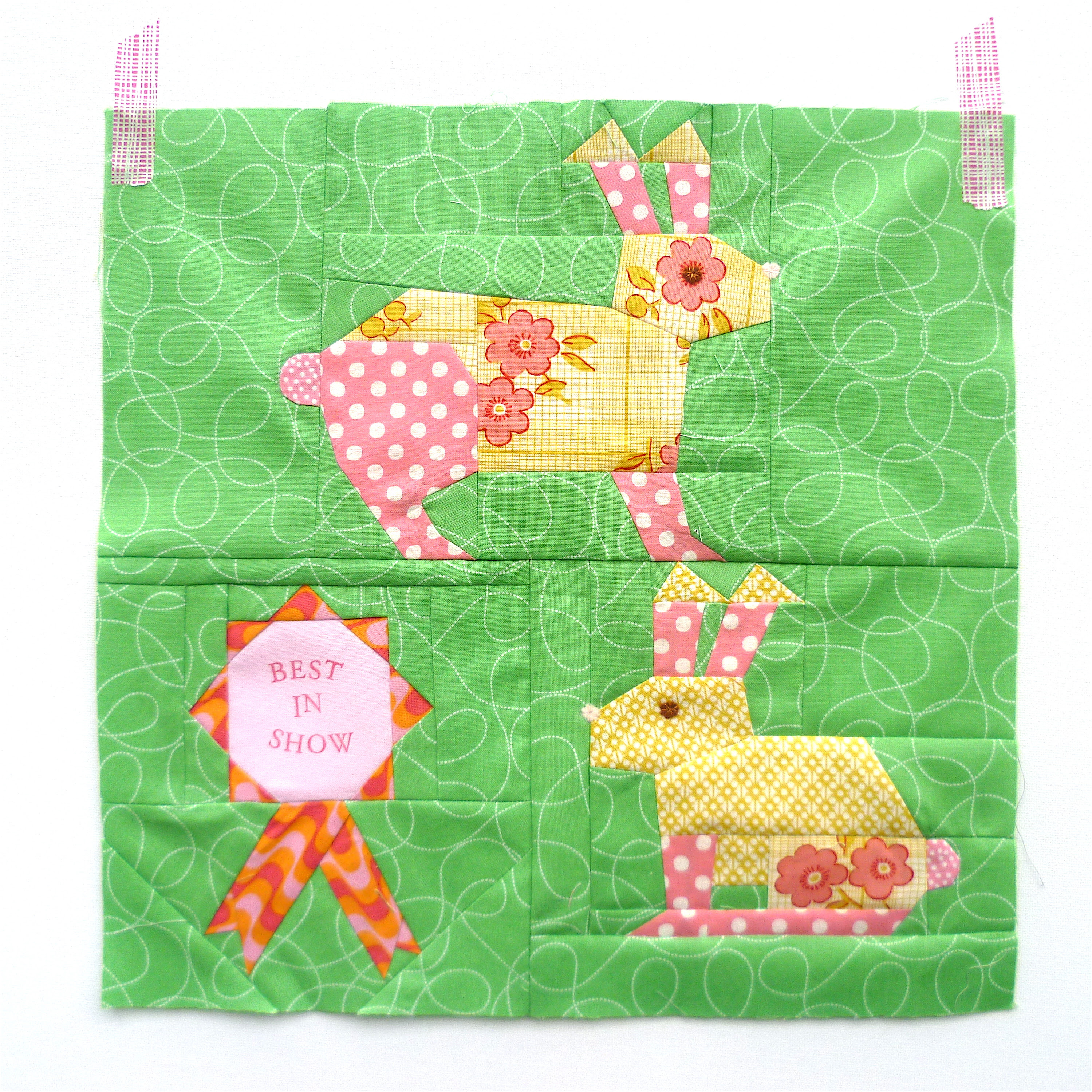 This block was for Megan in Cocorico bee. Her theme was 'Country Fair'.  I dallied with the idea of pigs but they started to look more like dogs in my sketches so I chose rabbits.  I had to do two, I think of rabbits in multiples, it must be their breeding habits!  And the "Best in Show" idea was rattling around my overcooked imagination from the start.  The sitting rabbit as from 318 Patchwork, Kumiko Fujita-(you know already that it is, of course, out of print).  I played around with that pattern for the standing rabbit and pushed myself to fit a  total of 5 inset Y seams just into that one rabbit- that was fun!  Both bunnies are freezer paper pieced and the ribbon was foundation pieced. The ribbon was adapted from  Carol Doak's free Pink Ribbon pattern.

The tails were needle turn appliqued on with the straight edge sewn into the seam.  The noses and eyes were wool felt cut with a paper hole puncher and hand stitched on.  For the stamping, I always use Versacraft ink.  I like to live life on the edge, the stamping was added at the very end of the block.
Fabrics
Green- Sweet on NYC for Timeless Treasures
Ripple Ribbon-Anna Griffin
Pink large polkas-Lecien
Pink tiny dot-my stash
Yellow prints- Picnics and Fairgrounds, Denyse Schmidt
Aurifil thread for piecing and Superior needles- my new favourite piecing needle, love them!
at 12:21